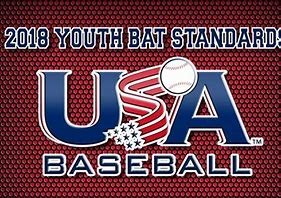 Click Here to read about the USABat Standard to be used beginning on January 1, 2018.

Click Here to read about the USABat T-Ball Sticker Program beginning on January 1, 2018.

Note: Solid one piece wood bats are permitted for use in all divisions and must conform to Rule 1.10. No laminated or experimental bats shall be used in a game.

Tampering or altering bats may violate certain federal and state laws and voids the USA Baseball certification, as well as all manufacturer warranties. Rolling is considered tampering and would void the bat’s certification and make it illegal for play.

Contained below is a current listing of non-compliant bats that are not eligible, or approved, for use in any Babe Ruth Softball program or activity.

* Babe Ruth League Softball has been advised that Louisville Slugger is recalling the entire current line of the OneX fastpitch softball bat (all lengths and weights) from the market.

Effectively immediately and until notified otherwise, these bats are no longer approved for play in any level of the Babe Ruth Softball program. It should be noted that both the National Collegiate Athletic Association (NCAA) and the National Federation of State High School Associations (NFHS) have taken similar action at the request of Louisville Slugger. Click here for more information.

If you have any questions on approved or non-compliant bats, do not hesitate to contact Babe Ruth Headquarters.